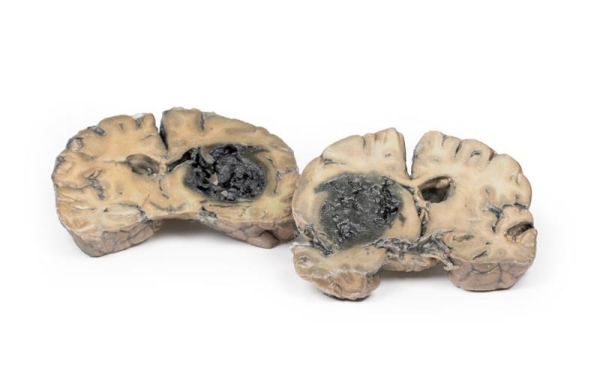 Pathology
The specimens are coronal sections of the brain at the level of the mammillary bodies (specimen in which the cut surface of the brainstem where the cerebral peduncles and sustantia nigra are also visible), and more anteriorly where part of both temporal lobes are included. A massive blood clot has replaced the cerebral tissue in the region of the left basal ganglia and internal capsule. The haemorrhage has originated in this area and has ruptured into the left lateral ventricle, and its temporal horn, destroying the walls of the left lateral ventricle and extending into adjacent brain tissue. The right lateral ventricle is also filled with blood, but its walls are intact. The blood clot forms a space-occupying lesion, which has expanded the left cerebral hemisphere, causing a shift of the mid-line structures to the right. There is subfalcine herniation of the left cingulate gyrus under the falx cerebri (the latter has been removed). 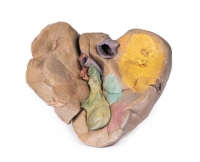 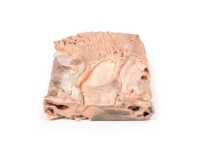 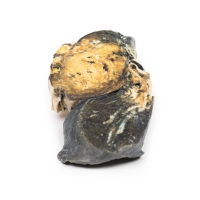 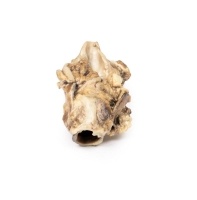 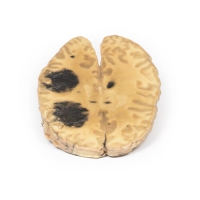 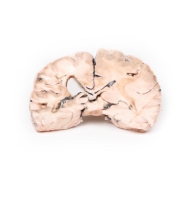 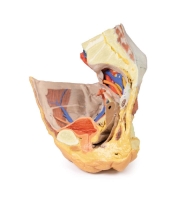 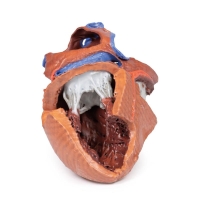 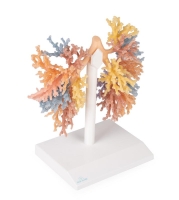 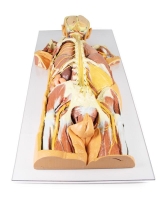 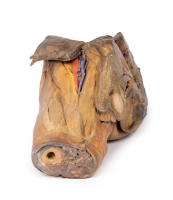 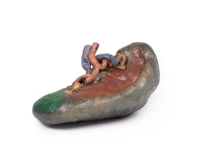 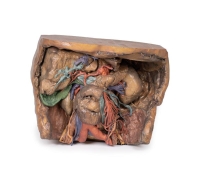 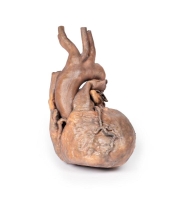 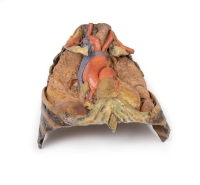 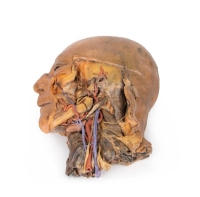 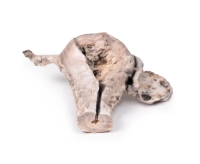 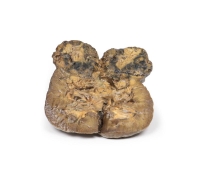 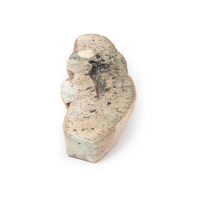 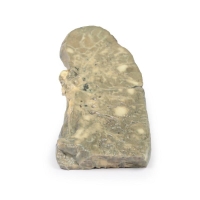 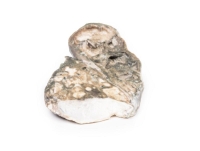 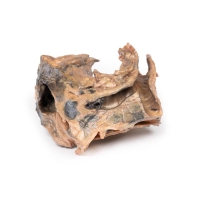 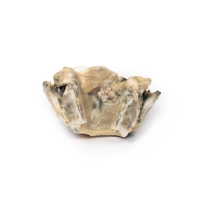