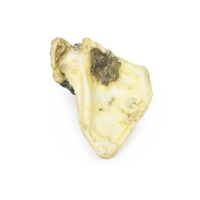 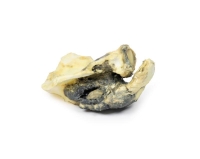 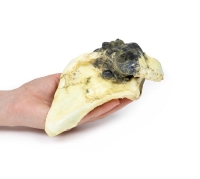 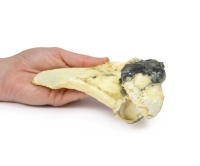 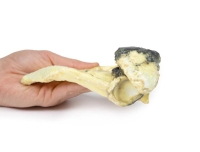 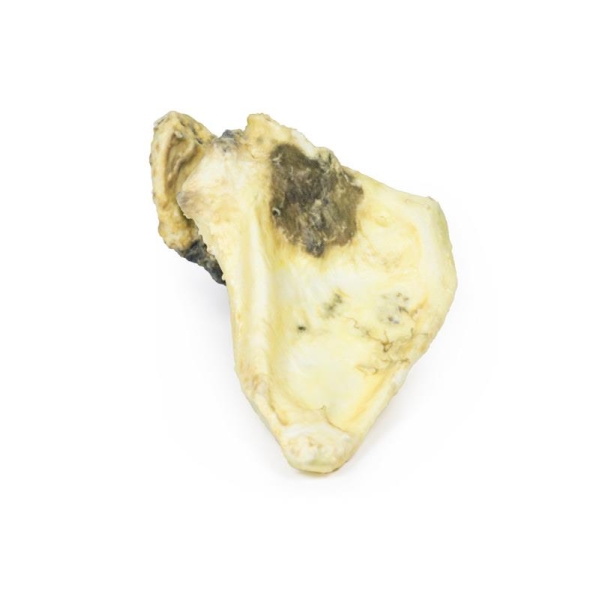 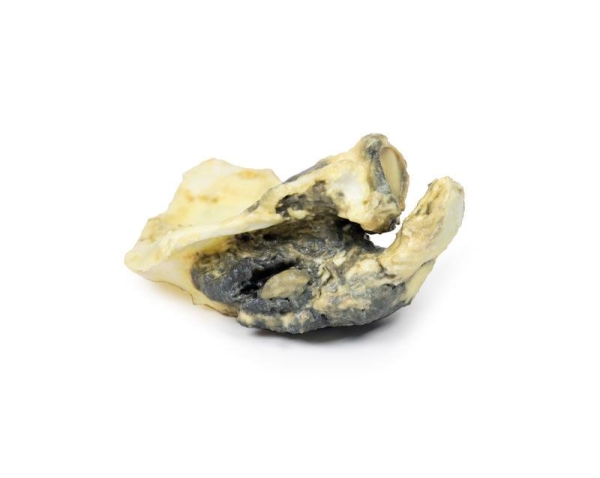 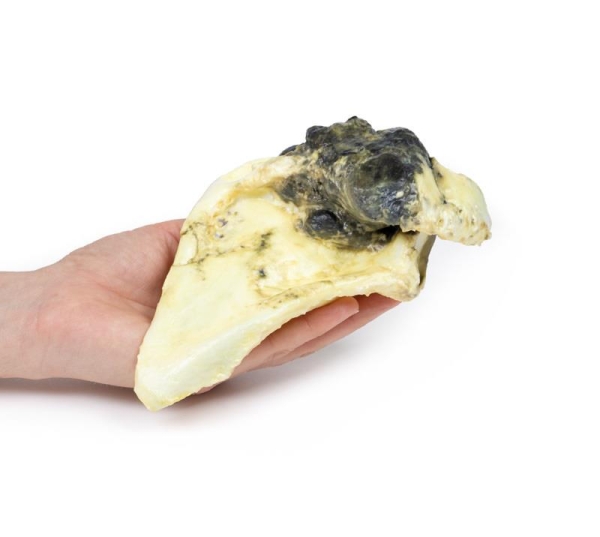 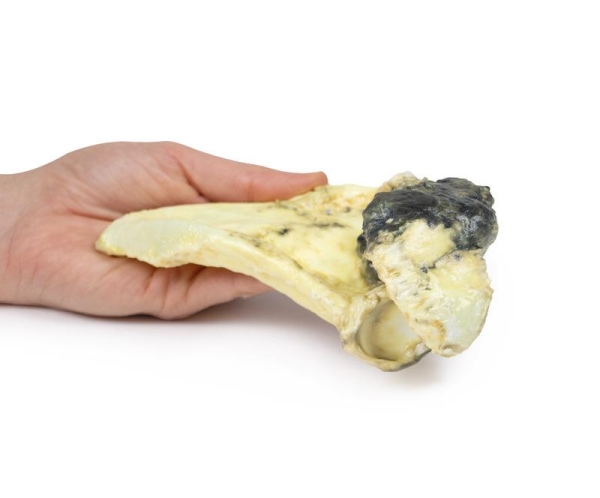 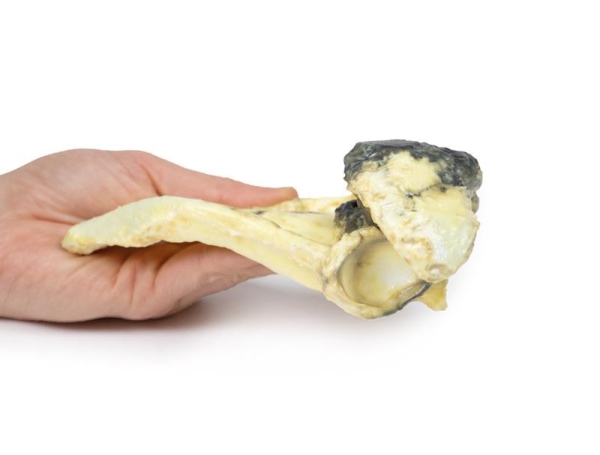 Pathology
The specimen is the patient’s excised right scapula. An irregular lobulated tumour 11 cm in maximum diameter arises from the spine of the scapula and extends to involve the acromion and coracoid process. The tumour is a mottled pale-yellow brown colour with patchy surface haemorrhage. There is some adherent muscle and fibrous tissue. The mass has infiltrated and replaced the normal bone. Histologically the tumour consisted of pleomorphic rounded and spindle-shaped cells with numerous mitotic figures and cartilage formation. This is chondrosarcoma of the scapula.

Further Information
Chondrosarcomas are malignant bone tumours that produce cartilage. These are the third most common primary bone malignancy after myeloma and osteosarcoma. Conventional tumours are the most common subtype of chondrosarcoma; making up 90% of cases. Less frequently diagnosed subtypes include clear cell, dedifferentiated and mesenchymal chondrosarcomas.
Some chondrosarcomas arise from pre-existing benign lesions, such as enchondroma or osteochondroma. Common mutations in chondrosarcomas are point mutations in the IDH1 and IDH2 genes as well as silencing of CDKN2A tumour suppressor gene. Chondrosarcomas that occur in multiple osteochondroma syndrome have mutations in the tumour suppressor EXT genes. Men are twice as likely to develop chondrosarcoma than women. The axial skeleton is more frequently affected than the appendicular skeleton. Around 5% affect the scapula. These are largely slow growing tumours. They usually present with painful and gradually enlarging masses. At the time of diagnosis most are low grade tumours that rarely metastasize. The lungs are the most common site for distant spread. Grade 1 tumours have an almost 90% 5-year survival rate, whereas with grade 3 chondrosarcomas, the 5-year survival rate drops to 43%. 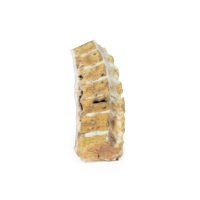 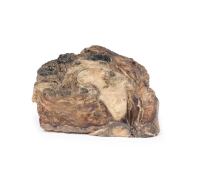 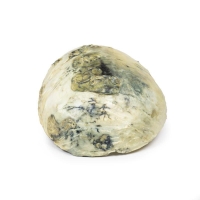 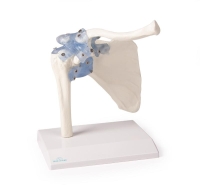